Sunnats and Aadaab of Relieving Oneself – Part 4 1. Exit the toilet with the right foot and thank Allah Ta’ala for allowing the waste to leave your body and for blessing you with good health. The manner of thanking Allah Ta’ala is to recite the following dua upon leaving the toilet after relieving yourself:

O Allah Ta’ala, I seek Your forgiveness. All praise is due to Allah Ta’ala who has removed from me impurity and filth (that would have been harmful if it remained in my body) and granted me relief and ease.

One may also recite the following duas:

All praise is due to Allah Ta’ala who allowed me to enjoy the taste (of the food), and retained within me its nourishment (and energy), and removed from me its harm (i.e. the harm of the food after it was transformed into waste).

2. After relieving yourself, wait for the remaining droplets of urine to come out before making wudhu.

3. When using the toilet, do not leave it in a dirty condition e.g. by messing around the pan or on the floor, by not flushing, etc. If you are using a toilet that is shared with other people then you should be extra particular in this regard so that inconvenience is not caused to them.

4. After relieving yourself, clean your hands by rubbing them on sand or through using soap to remove any bad odour.

Hazrat Abu Hurairah (radhiyallahu anhu) reports, “When Rasulullah (sallallahu alaihi wasallam) would go to relieve himself, I would present water in a utensil to him (for making istinjaa). After he made istinjaa, he would rub his mubaarak hand on the ground (though there was no bad odour emanating from the mubaarak hand of Rasulullah (sallallahu alaihi wasallam), he did this to teach the Ummah how they should remove the bad odour from their hands after relieving themselves). I would then bring another utensil of water to him from which he would make wudhu.”

5. If a person is terminally ill or hospitalised and is unable to go to the toilet, it will be permissible for him to pass urine in a bottle. The urine should thereafter be disposed of.

Hazrat Hukaimah bintu Umaimah (rahimahumullah) reports that her mother, Hazrat Umaimah bintu Ruqaiqah (radhiyallahu anha), said, “Rasulullah (sallallahu alaihi wasallam) had a wooden utensil kept beneath his bed (while he was ill) in which he would pass water during the night.” 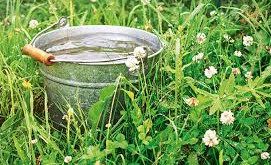 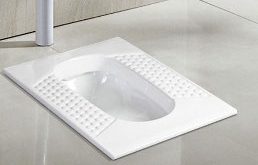 Speaking while relieving oneself in the toilet 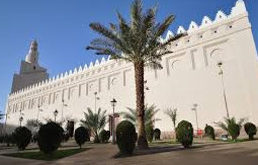 There are numerous occasions when it is sunnah for one to perform ghusal. Some of …