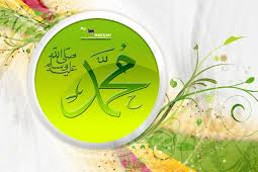 Hazrat Abu Sa‘eed Khudri (radhiyallahu ‘anhu) reports that Rasulullah (sallallahu ‘alaihi wasallam) possessed more hayaa (shame and modesty) than a virgin girl who is in her purdah. When Rasulullah (sallallahu ‘alaihi wasallam) disliked something (which did not relate to any command of halaal and haraam in Shari‘ah), we recognized his displeasure on his blessed face (however, due to his excessive hayaa (modesty), he did not verbally express his displeasure).

During the mubaarak era of Hazrat Rasulullah (sallallahu ‘alaihi wasallam), the Sahaabah (radhiyallahu ‘anhum) would show great importance to the Islamic upbringing of their children. They would ensure that their daughters remained veiled from the eyes of strange men and protected from the wrong influences of society. Similarly, they would emphasize upon their children to uphold hayaa in all facets of their lives. Hence, they would teach their children to shun any action that goes against the dictates of hayaa.

Hayaa is an inherent quality within women and is generally found to a higher degree in them compared to men. Apart from this, when additional effort is made on a girl, to secure and enhance the quality of hayaa within her, then when the occasion of her nikaah arrives, one can well imagine the degree of her bashfulness and modesty when she meets her husband for the first time.

As far as the statement ‘a virgin girl who is in her purdah’ is concerned, then three explanations have been given by the Muhadditheen.

The first explanation given by some Muhadditheen is that ‘a virgin girl in her purdah’ refers to a virgin girl who remains within her home, concealed from the gazes of strange men. Such a virgin girl possesses a greater degree of hayaa compared to a virgin girl who leaves her home and mixes with people, even though, by nature, both virgin girls possess hayaa and are bashful. It is for this reason that when consent is sought from any virgin girl for nikaah, Shari‘ah has recognized her silence to be a sign of her giving consent, as the natural quality of bashfulness within her prevents her from verbally expressing her consent.

The second explanation given by other Muhadditheen is that the statement ‘a virgin girl in her purdah’ refers to that girl who is raised and brought up in purdah, concealed within the confines of her home, to the extent that she even observes purdah from outside women. In many noble families, great emphasis is placed on the importance of correct association, to such an extent that the women consider it vital to refrain from associating with women who are not deeni conscious and who leave their homes, freely mixing with all types of people. The pious women from these noble families even observe purdah from women who are not committed to deen and refrain from associating with them so that they are not influenced by their wrongs. When this is the level of purdah observed by such a virgin girl, that let alone observing purdah from strange men, she also observes purdah from unscrupulous women, then one can well imagine the degree of modesty in such a girl.

According to both these abovementioned explanations, the word “في خدرها” is taken in the literal meaning.

The third meaning explained by other Muhadditheen is that the expression ‘a virgin girl in her purdah’ is not in the literal meaning, but rather in the metaphorical meaning. The word ‘في خدرها’ refers to a virgin bride who awaits her husband in her enclosure, on her first night of nikaah. Her modesty, at this time, will be at the highest degree and level as this is the first occasion in her life that she will be meeting a man who is not her mahram. In other words, Hazrat Rasulullah (sallallahu ‘alaihi wasallam) possessed even more modesty than a virgin bride on the first night of her nikaah. 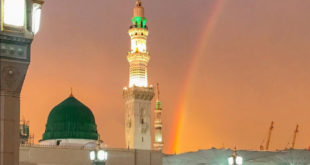