The Serious consequences of abandoning purdah The non-observance of purdah has, nowadays, become rampant and rife in every place. The era we are living in is an era of great fitnahs and trials.

Some people raise an objection against the law of purdah. They claim that through purdah a woman is kept in imprisonment. The answer to this objection is that the law of purdah is not an imprisonment for a woman, but rather a means of security and protection. If one has something which he greatly values, then it is only sensible and logical for him to be concerned about adopting the correct means whereby he will secure and protect it. A person who travels by train (or any public transport) with a lot of money will never go about displaying his money openly. Rather he will take great pains in looking after it and keeping it as safe as possible. Accordingly, in Islam the most valuable thing is the respect of the women. Hence, neglecting the law of purdah, removing the women from their homes and allowing them to intermingle freely in public, is exposing them to great danger. Dangers similar to those that are feared through exposing one’s wealth before people are feared here as well.

Another objection raised by some is that one benefit of keeping women in purdah and concealed from men is that her chastity will be safeguarded and her respect protected. However, we do find situations where despite purdah being observed, wrongs do occur. The answer to this is that as long as the laws of purdah are correctly observed, then it is guaranteed until the day of Qiyaamah that there will never arise a situation where wrongs will take place. It is on account of not observing purdah correctly that wrongs take place. (Malfoozaat Hakeemul Ummat 7/128) 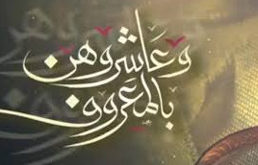 Husbands Should Appreciate Their Wives