Sending Durood through Writing it Hadhrat Abu Hurayrah (Radhiallahu Anhu) reports that Rasulullah (Sallallahu Alaihi Wasallam) said: “Whoever sends durood upon me through writing the durood in a kitaab, the angels continue seeking forgiveness on his behalf as long as my name remains in that kitaab.

An Incident of a Face changing Colour

In Ihyaa Uloomiddeen, Imaam Ghazaali (Rahmatullahi Alaihi) relates this incident as told by Abdul Waahid bin Zaid Basri (Rahmatullahi Alaihi) who says: “I once went on a journey to perform Hajj. With me a certain person travelled as my companion. All the time, whether walking, sitting or standing, he continued to recite durood upon Nabi (Sallallahu Alaihi Wasallam). I therefore asked him the reason for his abundant recitation of Durood. He replied: “When I performed my first Hajj, my father accompanied me. On our return, we reached one of the resting places and slept there. While we were there I had seen a dream that someone was telling me: “Wake up, your father has passed away and his face has turned black.” I woke up in great distress and when I removed the cloth from the face of my father, I discovered that he had indeed passed away and that his face was turning black. This filled me with great sorrow and I was overcome with fear. I fell asleep and again dreamt that four dark skinned men with iron rods, about to torment him, were sitting by his head. At that point a handsome man dressed in two green sheets passed by and chased these four men away. He then stroked the face of my father with his hands and said to me: “Rise up (and rejoice) for Allah Ta’ala has changed the colour of your father’s face. It is now white.” I said to him in great joy and happiness: “May my father and mother be sacrificed for you, who are you?” He replied: “My name is Muhammad (Sallallahu Alaihi Wasallam).” Thereafter I never stopped reciting Durood upon Nabi (Sallallahu Alaihi Wasallam). (Fazaail Durood) 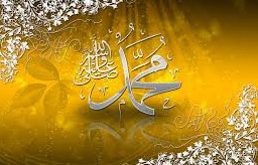