A lengthy discussion with the Imaam of Musjidul Aqsa 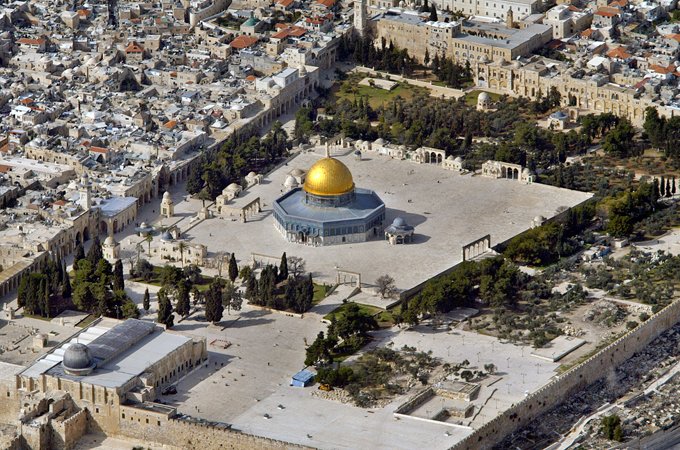 The Imaam of Musjidul Aqsa, Sheikh Ally Abbaasi (daamat barakaatuhu), once complained to Hadhrat Mufti Ebrahim Salajee (daamat barakaatuhu) about the pathetic condition of Palestine. He complained that in a recent protest against Israel, none of the Muslim countries supported them. Although they are surrounded by Muslims, the conditions only worsen day by day with no support at all from our Muslim brothers.

After mentioning all of this, he awaited some response from Hadhrat Mufti Salajee (daamat barakaatuhu) who paused for some time and then responded to Sheikh Ally’s complaint. Below is the crux of Hadhrat Mufti Saahib’s reply which is in actual fact the solution to the problems of the Muslims around the globe.

“I once read in the tafseer (commentary) of Hadhrat Moulana Ashraf Ali Thaanwi (rahmatullahi alayh) that Allah Ta’ala has kept different systems for Masjidul Haraam in Makkah and Masjidul Aqsa in Palestine. The system that Allah Ta’ala has kept for Masjidul Haraam is that it will always be under divine protection no matter what the condition of the Muslims maybe. Allah Ta’ala will never allow the kuffaar to take control of the Ka’bah Shareef. That is why, when Abraha and his army of elephants went to attack the Ka’bah, Allah Ta’ala protected His house using small birds which destroyed Abraha and his powerful army.

However, the system of Masjidul Aqsa is very much different.

And We warned the Bani Israeel in the Book, that they would do mischief twice on the earth and would be very proud and arrogant about it. When the first warning came, We sent against you Our servants who had strong aggressive power and they entered the very inmost parts of your homes and it was a warning [completely] fulfilled.

Then We granted you the Return against them: We gave you increase in resources and sons, and made you more in man-power.

If you did well, you did well for yourselves and if you did evil, you did it against yourselves. So when the second warning came to pass, [We permitted your enemies] to disfigure your faces, and to enter your Temple as they had entered it before, and to visit with destruction all that fell into their power.

The Bani Israeel were the believers of that time and we are the believers of this time hence the same warning applies to us as well. After reciting this verse, Hadhrat Mufti Saahib (daamat barakaatuhu) explained, that from this verse, we clearly understand that we as an ummah have to work towards our self reformation and increase our connection with Allah Ta’ala. Then we will once again see Islam restored to the glory it enjoyed during the era of Hadhrat Umar t and Salaahuddeen Ayoobi (Rahimahullah).”

Sheikh Ali Abbaasi was elated when he heard this reply. He hugged Hadhrat Mufti Saahib and mentioned to him, “Why is it that the works of the Ulama-e-Deoband are not translated into Arabic so that the Arab World may also benefit from their knowledge?”

He then asked Hadhrat Mufti Saahib (daamat barakaatuhu) what he felt was the way forward, to which Hadhrat Mufti Saahib replied, “The effort of da’wat and tableegh, the efforts of the makaatib and madaaris and the effort of the khaanqahs will have to increase. With these three efforts working parallel to one another, there is great hope that we, as an ummah, will reform ourselves and increase our connection with Allah Ta’ala.”

Source: In the Blessed Lands