Fulfilling the Rights of the Creation My Senior Buzrugaan-e-Deen have not only mentioned the following advice but I had seen them diligently practise upon it in their lives as well – a person should not be more concerned regarding how people deal with him, rather he should be more concerned regarding how he deals with them. In many writings of our Senior Ulama and Buzrugaan-e-Deen, we will find this repeatedly being mentioned that if a person has outstanding rights which he owes to the people, be they monetary rights or other rights, then he should endeavour to fulfil them so that he is not held accountable in the Hereafter. As far as the rights which others owe to him are concerned, be they monetary rights or other rights, then he should not become over worried and concerned. The reason is that if they do not fulfil his rights in this world, Allah Ta‘ala will compensate him with a reward that is far greater than that which he lost in this world. 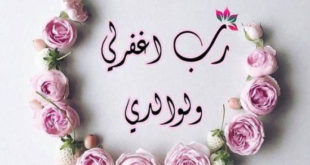 Hazrat Shaikh Moulana Muhammad Zakariyya (rahmatullahi ‘alaih) once mentioned the following: It is necessary and …