The distinguishing characteristic of Islam, compared to all other religions of the past, is the aspect of authenticity and reliability. Every detail of Islam has been accurately and precisely preserved from the very inception of wahi (revelation) up to this day.

Fourteen centuries have passed, yet the Holy Qur’aan has remained to this day in its original form without the minutest alteration. Let alone a verse of the Qur’aan Majeed, not even a single letter has been distorted or changed. Furthermore, its preservation is not limited to the scrolls and pages; instead it is securely safeguarded in the recesses of the hearts of even little children of this ummah, and this preservation will remain until Qiyaamah.

How could it not be so, when Allah Ta‘ala Himself has taken the divine onus and responsibility of protecting and preserving the Shari‘ah of Islam till the end of time? Allah Ta‘ala states:

Indeed We are the Ones who have sent down the Zikr (the Qur’aan Majeed), and We will surely protect it. (Surah Hijr v. 9)

If any person has to state that the Qur’aan Majeed is not perfectly preserved in its original form, he will be indirectly accusing Allah Ta‘ala of failing to fulfill His promise of preserving the Qur’aan Majeed.

It is for this reason that the Ahl-us-Sunnah wal-Jamaa‘ah firmly hold the belief that the Qur’aan Majeed has been perfectly preserved in its original form.

This can be clearly seen in the two extracts below. These extracts are from the book Al-Kaafi written by the Shia scholar Kulaini. This book is regarded as one of the four main books of Hadith according to the Shias.

A man said that someone was reciting the Qur’aan in the company of Imam Ja’far. The narrator said that he heard certain verses in the recitation which were not according to the recitation of the people. Imam Ja’far told the person reciting, “Do not recite like this. Recite as the people recite until the (promised) Mahdi arrives. When the Mahdi arrives, he will recite the Qur’aan according to its original revelation and he will produce the original Qur’aan compiled by Hazrat Ali (radhiyallahu ‘anhu).” 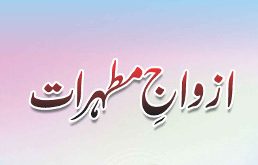