Who should we get our Daughter Married to? Nowadays, many youngsters read and study un-Islamic literature in the English language. Many things found in these un-Islamic English books and magazines are contrary to the Islamic beliefs and teachings. Many youngsters do not possess Deeni knowledge and understanding and therefore when they come across these un-Islamic literature, they believe whatever they read, even though it opposes the Islamic beliefs and teachings. Based on the lack of Deeni knowledge, they do not understand that believing in such things causes them to lose their Imaan. At times (being influenced by the wrongs found in these un-Islamic literature, their mindset is affected and) they utter such statements which causes them to come out of the fold of Islam. If a Muslim girl is married to such a person, the nikaah is not considered valid in Shariah as the person she is married to is not a believer (as he subscribes to beliefs that are totally against Islam), although outwardly he may seem to be a believer. If the marriage is not valid, it would mean that their entire lives are spent in sin. The parents will be sinful in this world and will have to face punishment in the hereafter for getting their daughter married to such a person.

It is therefore extremely important and necessary that just as you enquire about the family background and financial position of the boy who proposes for your daughter, it is much more important for you to enquire about the Deeni level and commitment of the boy. If you do not know anything about his beliefs and Deeni commitment, don’t ever give your daughter to him. A poor believer who is committed to his Deen is a thousand times better than a rich person who does not possess Deen. It is also noticed that the person who does not possess Deen does not fulfil the rights of his wife. At times, he will not even give her a cent to spend. When there is no happiness and peace of mind and heart in such a marriage, then of what benefit and good will it be to her that she is married in an affluent family. (Behishti Zewar (Urdu) pg.840) 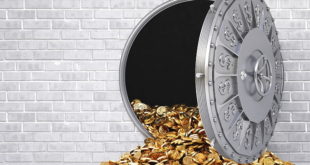