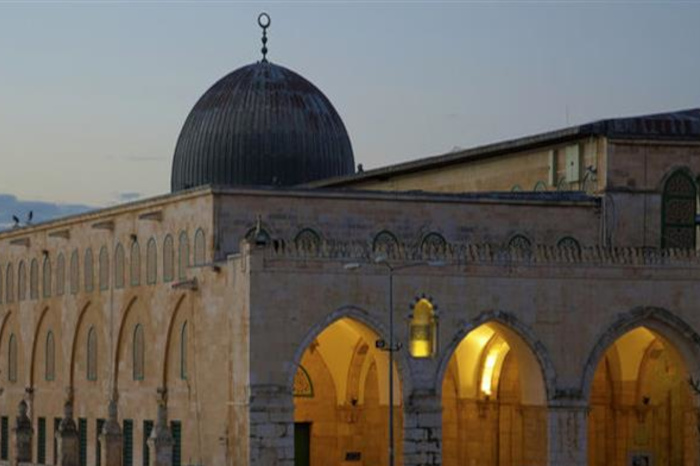 It is clearly witnessed in the world that it is not possible for any religion or creed to survive and prosper unless there is a group of people who are committed to propagating and promoting it. It is for this reason that every Nabi, in his era, commanded his followers to propagate deen to the people.

However, with the passage of time, the religions of the previous Ambiyaa (‘alaihimus salaam) were distorted and changed due to people bringing interpolations and introducing innovations in them. It is only the religion of Islam that will stand the test of time, as Allah Ta‘ala had taken the divine onus and responsibility to preserve the deen of Islam. Hence, even though many people have tried to eliminate and destroy Islam, Islam will always remain preserved and intact until the end of time.

The Group that will Defend the Deen of Islam

The group mentioned in this Hadith refers to the Sahaabah (radhiyallahu ‘anhum) and the Ulama-e-Haq (the pious, rightly-guided Ulama) in every era of Islam, as well as those pious servants of Allah Ta‘ala who strive to preserve deen according to their limited resources and capacity.

In another Hadith, Rasulullah (sallallahu ‘alaihi wasallam) said, “The reliable Ulama of every generation will bear and preserve this knowledge of Deen. They will purify it from the distortion of transgressors, the misattribution of people of falsehood and the misinterpretation of ignorant people.” (Mushkilul Aathaar #3884)

The High Rank of those who Uphold and Defend Deen

Rasulullah (sallallahu ‘alaihi wasallam) had foretold the coming of a crucial time when Islam will be under attack from all quarters, and the onslaught of kufr will be so overwhelming and intense that most people will be affected and influenced by the waves of fitnah. Describing the intensity and severity of these fitnahs, Rasulullah (sallallahu ‘alaihi wasallam) said, “A time will come upon the people wherein the one who holds on firmly to his deen will be like a person holding onto a burning ember.” (Sunan Tirmizi #2260)

At that critical time, those who will stand up to preserve the sunnah, in their individual lives and on a societal level, despite the heavy odds and formidable challenges – these people will be the most special and chosen servants of Allah Ta‘ala in the world. Rasulullah (sallallahu ‘alaihi wasallam) had given glad tidings of Jannah for these special servants.

Rasulullah (sallallahu ‘alaihi wasallam) said, “Islam had commenced like a stranger in the world (outwardly seeming like the odd one out in society), and soon before Qiyaamah, Islam will again be seen as a stranger (among the people). Glad tidings of Jannah be for those who are regarded as strangers (on account of them remaining steadfast on Deen and opposing the ways of the kuffaar).” Rasulullah (sallallahu ‘alaihi wasallam) then said, “It is this group who will reform and rectify the changes that people will make in my Deen and my sunnah after my demise.” (Saheeh Muslim #232 and Sunan Tirmizi 2630)

On one occasion, Rasulullah (sallallahu ‘alaihi wasallam) addressed the Sahaabah (radhiyallahu ‘anhum) and said, “At this time, you are commanding people towards righteous actions, forbidding them from evil actions and striving (and waging jihad) for the cause of Deen. A time will come when the love of the world will overcome my ummah. At that time, they will no longer command people towards righteous actions, forbid them from evil actions and strive for the cause of Deen. The people of that time who firmly hold onto the Qur’aan Majeed and Sunnah will resemble the Muhaajireen and Ansaar (radhiyallahu ‘anhum) who strove for deen in the beginning of Islam.” (Majma’uz Zawaa’id #12159)

In this Hadith, we see the great virtue and rank of those who uphold the obligation and responsibility of amr bil ma’roof and nahy anil munkar (commanding with good and forbidding from evil) in the sight of Allah Ta‘ala, as they are the ones who are continuing the work of the Ambiyaa (‘alaihimus salaam) in the world, and they are the means for the preservation of this deen.