Moulana Zafar Ahmad Uthmani rahmatullahi alaih relates: “I remained for six years in the khidmat of Hadhrat Moulana Khaleel Ahmad Saharanpuri rahmatullahi alaih. Never did I witness Hadhrat missing his takbeer-e-ula. However, there was one occasion when Hadhrat’s mouth began to bleed continuously whilst making wudhu for Fajr Salaah. Hadhrat then sent a message with one of his attendants to the Musjid that the jamaat should not be delayed on account of him. This was the only time that I had witnessed Hadhrat missing the takbeer-e-ula, though he managed to get the first rakaat.” (Tazkirat-ul-Khaleel, p. 345) 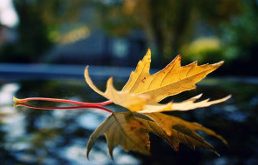