Imaam Shaafi’ee’s (Rahmatullahi Alaihi) name was Muhammad ibn Idris. He was born in the year 150 A.H. (the very year Imaam Abu Hanifah passed away) and passed away in the month of Rajab, 204 A.H.[1]

Abdur Rahmaan bin Mahdi says: “I do not perform any salaah, except that I also make Duaa for Imaam Shaafi’ee.” [3]

Ibrahim bin Abi Taalib says that I once asked Abu Qudaamah As-Sarakhsi regarding Imaam Shaafi’ee, Imaam Ahmad, Abu Ubaid and Ibn Raahway (Rahimahumullah). He replied: “Imaam Shaafi’ee is the most diligent amongst them in fiqh.[6]

Yahya bin Ma’een once came to Imaam Ahmad bin Hambal (Rahmatullahi Alaihi). Whilst he was seated with him, Imaam Shaafi’ee passed by on his mule. Imaam Ahmad hastily stood up to greet him. He then followed him and remained for a while with Imaam Shaafi’ee, while Yahya remained seated. When he returned, Yahya asked him: “O Abu Abdillah, why did you behave in this manner?” Imaam Ahmad replied: “If you really want to know why I behaved in this manner, then the reason is that if you want to acquire the true understanding of Deen, then hold on firmly to the tail of the mule of Imaam Shaafi’ee and do not separate from him.” [7]

Ayyoub bin Suwaid says: “I did not think I would live to see a man as great as Imaam Shaafi’ee.”[8]

Ahmad bin Abu Surayj Ar-Raazi states: “I did not see anyone more articulate than Imaam Shaafi’ee. [9]

Imaam Ahmad bin Hambal said: “Imaam Shaafi’ee was from amongst the most eloquent of people.[10]

Ahmad bin Abbas An-Nasaai says that I heard Imaam Ahmad bin Hambal saying on many occasions: “The slave of Allah Ta’ala, Imaam Shaafi’ee, said: “I did not see anyone follow the Hadith as strictly as Imaam Shafi’ee did.”[13]

Ibnu Abdil Hakam says that when the mother of Imaam Shaafi’ee (Rahmatullahi Alaihi) was pregnant with him, she saw a dream as though she gave birth to a star that became apparent in Egypt, and thereafter a piece of it landed in every town. The interpreters of dreams interpreted this dream as meaning that she will give birth to an Aalim, whose knowledge will be exclusive for the people of Egypt at first, and then it will spread throughout the world.”[15]

And whoever opposes the Messenger after guidance has become clear to him and follows a path other than the path of the believers, we shall (forsake him) and let him continue on his path, and thereafter We shall drive him towards Hell, and evil it is as an abode. (Surah Nisa, 115)

The man said: “You have spoken the truth.” The man then left. Imaam Shaafi’ee said to those seated around him: “I recited the entire Qur’an thrice daily for three days, until the proof finally dawned upon me.”[16]

Imaam Ahmad bin Hambal said: “A scholar of Hadith can never get satiated from studying the kitaabs of Imaam Shaafi’ee (due to the abundant and profound knowledge contained in it). [17]

Imaam Ahmad bin Hambal said: “The fuqahaa were the doctors, and the Muhadditheen were the pharmacists. Muhammad bin Idrees (Imaam Shaafi’ee) came as both a doctor and a pharmacist.[18]

His Ikhlaas, Humility and Love for Brotherhood

Imaam Rabee’ mentions that Imaam Shaafi’ee (Rahmatullahi Alaihi) said: “It is my desire that people learn and take benefit from the knowledge (in my kitaabs), without anything being attributed to me.”[19]

Younus As-Sadafi says: “I did not see anyone more intelligent than Imaam Shaafi’ee. I debated with him on one occasion regarding a certain mas’ala, then we separated. He thereafter took hold of my hand and said: “O Abu Musa, why can’t we still remain closely attached as brothers, even though I notice that we do not agree on certain issues.[20]

Allamah Subki (Rahmatullahi Alaihi) mentions that on one occasion Imaam Shaafi’ee explained a mas’ala to Rabee bin Sulaymaan Al-Muraadi thirty nine times, yet he still did not understand it. Rabee then woke up and left the gathering out of shame. After the lesson Imaam Shaafi’ee called him in seclusion and explained to him with extreme love and affection in the manner he had explained it during the thrity nine times. On the fortieth time, Rabee bin Sulaymaan understood it.[22]

The Statement of Imaam Shaafi’ee

After making an effort, man is able to accomplish any difficult task he wishes, just as a closed door is opened after some effort.[25]

The Durood of Imaam Shaafi’ee

It is mentioned that after the demise of Imaam Shaafi’ee (Rahmatullahi Alaihi), someone had seen him in a dream and asked him the reason for being pardoned by Allah Ta’ala. Imaam Shaafi’ee (Rahmatullahi Alaihi) replied: “It is because of these five durood upon Rasulullah (Sallallahu Alaihi Wasallam) that I used to recite every Friday night (i.e. the night preceding Friday)

It is possible that Imaam Shaafiee (Rahmatullahi Alaihi) had gained forgiveness on account of both these above-mentioned duroods.[26] 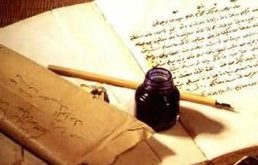 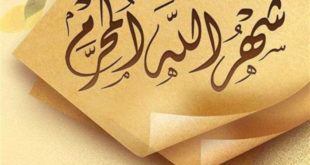 The Blessed Month of Muharram