The third problem is that some people will come across certain Ahaadith which have been unanimously abrogated (i.e. according to the consensus of the Sahaabah (Radiyallahu Anhum) and the entire ummah), however due to lack of sufficient knowledge regarding the historical background of the law, they will begin practising upon it.

Consider the Hadith which permits the practice of mut’ah [1]. Undoubtedly, for a limited time the Sahaabah (Radiyallahu Anhum) were allowed to practise mut’ah in the noble era of Rasulullah (Sallallahu Alayhi Wasallam) during jihaad. However, this permissibility was later on abrogated by the law of prohibition. If anyone independently studies the classical works of the Muhadditheen, viz. Saheeh Bukhaari, Saheeh Muslim as well as other compilations of Hadith, he will conclude that it is permissible for one to practise mut’ah, since the Hadith which mentions its permissibility is recorded in these books.

Jabir bin Abdullah and Salimah bin Akwa` report: “A person came out to us and announced, ‘Indeed Rasulullah (Sallallahu Alayhi Wasallam) has granted you permission to engage in mut’ah.’”

This Hadith was later on abrogated by many other Ahaadith [2].

From this example we can well imagine the disastrous outcome of those who refer directly to the Qur’an and Hadith. They will eventually end up following abrogated Ahaadith. It should be understood that merely finding a Hadith recorded in Bukhaari or Muslim or any other compilation of Hadith will not allow one to practise upon it. Just as there are certain verses recorded in the Qur’an which are unanimously abrogated [3], similarly there are many authentic Ahaadith contained in the books of Hadith (viz. Saheeh Bukhaari, Saheeh Muslim, etc.) which are also unanimously abrogated. The reason for these Ahaadith being recorded in these books was in order to prove that this law existed in the earlier era of Islam.

Consider the law of joining Salaahs under normal circumstances (i.e. without any shar’ee excuse and whilst one is residing in his home town). The Sahaabah (Radiyallahu Anhum) as well as the entire ummah for many centuries of Islam were unanimous that it is impermissible for one under normal circumstances to join Salaahs. The Hadith of Rasulullah (Sallallahu Alayhi Wasallam) recorded in Tirmizi is explicit in this regard:

However, we notice that there is another Hadith recorded by Imaam Tirmizi (Rahmatullahi Alayh) under the chapter: “Chapter regarding the combining of two Salaahs” which states:

Ibnu Abbas (Radiyallahu Anhuma) stated: “Nabi (Sallallahu Alayhi Wasallam) combined the Zuhr Salaah with the Asr Salaah and the Maghrib Salaah with the Esha Salaah in Madinah Munawwarah without any excuse neither the excuse of fear nor rain.” Ibnu Abbas (Radiyallahu Anhuma) was then questioned : “Why did Nabi (Sallallahu Alayhi Wasallam) do that?” He replied: “He did this so as not to inconvenience his ummah.” (Tirmizi 1/47)

Imaam Tirmizi (Rahmatullahi Alayh) commentating upon this Hadith declares: “This Hadith (the apparent meaning of this Hadith i.e. performing two Salaahs in one time whilst residing in one’s home town) is not practised by anybody. [5]” Hence, we understand that the entire ummah has agreed upon the fact that it is impermissible for one to practise upon the apparent meaning of this Hadith. Yet we find in this present age and time, a group of people who practise upon this abrogated Hadith. So if someone wishes to follow whatever he comes across in the Hadith without examining its true position in Deen, he will certainly end up following abrogated Ahaadith. Such a person will consider himself as having done a great service to Deen. He will regard himself to be a reviver of a ‘dead Sunnah’ which nobody practised upon. However, the sad reality is that such a person has strayed from the straight path by following what the entire ummah, from the time of the Sahaabah (Radiyallahu Anhum), has regarded as abrogated. He has rejected the path followed unanimously by the entire ummah.

Whoever opposes the Rasul (Sallallahu Alayhi Wasallam) after the guidance was manifest to him and he follows a path other than that of the believers then We shall leave him in the path he has chosen and We will enter him into Jahannum. What an evil abode! (Surah Nisa 4:115)

At this juncture, it is extremely important that we understand that a discontinued practice no longer remains a Sunnah or part of Deen. Especially in the case where one is aware of the fact that the common practice of the Sahaabah (Radiyallahu Anhum) as well as the entire ummah opposes it. What then gives one the authority to practise upon it? Furthermore, the Hadith of Rasulullah (Sallallahu Alayhi Wasallam) sufficiently elucidates this point.

Whoever adopts an independent path will also be alone in Jahannum. (Haakim 1/115)

[1] Mut’ah refers to a temporary marriage that was initially allowed for mujaahids who were out in jihaad and it was later abrogated. A proper nikaah would be performed with the woman in the presence of witnesses and with mahr.

Restrain your hands from jihaad and establish Salaah and discharge zakaat (Surah Nisa 4:77)

This law existed at the beginning of Islam when the Sahaba (Radiyallahu Anhum) were not permitted to wage war against the kuffaar. Later on this law was abrogated with the following verse:

Waging war with the kuffar has been permitted for you on account of you being oppressed (Surah Haj 22:39)

[4] According to the Hanafi mazhab, this Hadith can be practised upon if interpreted in this way that Rasulullah (Sallallahu Alayhi Wasallam) performed both Salaahs together by performing Zuhr in it’s last time and Asr in it’s first time, similarly Maghrib in it’s last time and Esha in it’s first time. In this way both Salaahs would be performed in their respective times. 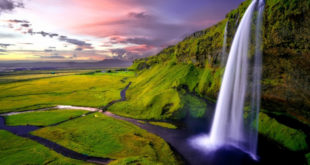