Every soul shall taste of death. (Surah Aal-e-Imraan: 185)

Death is an inevitable event which no man can escape. As such, the reality of death is something which is accepted by both the believer and disbeliever. As far as a disbeliever is concerned, he views death as a terminating point which brings an abrupt end to his existence. As for a believer, he does not consider death to be the end of life. Instead, he considers it to be the beginning of the second phase of the journey towards his ultimate abode – the Hereafter.

Death, in reality, is a gift for a believer as it is the means of uniting the lover with his beloved. With death, the lover reaches his ultimate goal for which he strove throughout his life and he is now released from the imprisonment of this earthly abode. Allah Ta`ala states:

O contented soul! Return to your Rabb while you are pleased (with Him) and He is pleased with you. Enter amongst My bondsmen and enter My gardens of Paradise. (Surah Fajr: 27)

Death is a gift for the believer. (Mustadrak Haakim #7900)

This booklet is a compilation of various laws pertaining to the dying person before and after death, the masaa’il of ghusal, kafn, janaazah etc. Every Muslim must equip himself with these relevant laws and masaa’il in order that the correct procedure could be adopted upon the demise of any person. Often, due to us lacking in the knowledge of these aspects, we tend to put the dying person as well as the family under unnecessary difficulty and trouble. May Allah Ta`ala accept this humble effort and allow it to be a means of benefit to one and all.

When a person is on his deathbed and his breathing becomes difficult, the limbs of his body become loose, he is unable to stand, his nose becomes slightly bent and his temples begin to sink in, one should realise that the time of death has approached. In Shari’ah, such a person is known as a ‘muhtadhar’.[1]

Talqeen at the time of death

Unknowingly uttering words of kufr at the time of death

While experiencing the pangs of death, if words of kufr were uttered by the dying person, then neither should any attention be paid towards it nor should it be publicised. Instead, it should be felt that the dying person, on account of the difficulty of death, was not in his normal state of mind and had thus unrealizingly uttered such words. It is well known that the person who utters words of kufr while he is not in his senses will be forgiven. Dua should continuously be made for the assistance and salvation of the dying person.[7]

Final Moments of the Pious

Abdullah bin Moosa says: “I was once on a journey when Ali bin Saalih (rahimahullah) passed away. On my return, I visited his brother, Hasan bin Saalih, to pay my condolences and I was overtaken by weeping. His brother said: “First listen to his story before you weep. His story is unique and one of great pleasure. He asked me to bring water to him while he was in the throes of death. When I took the water to him, he said: “I have already drunk.” I asked him who had provided the drink. He replied: “Rasulullah (sallallahu ‘alaihi wasallam) came with numerous rows of angels and provided me with water.” I asked him (to verify that he was in his senses), “How were the rows of angels formed?” He replied: “One above the other.”

What Should be Done Immediately After Death?

Once the person passes away, his eyes should be closed and his limbs should be straightened. His hands should be placed at his sides while his fingers and joints should be loosened. His mouth should be closed by tying a cloth from below the chin around both sides of his head. The cloth should be knotted so that the mouth does not open. The Fuqahaa explain that this should be done in order for the ghusal to take place correctly. At times, after the person’s demise, the body becomes stiff and while giving ghusal, water does not reach all parts of the body. Therefore, straightening the limbs of the deceased upon his demise will ensure that at the time of ghusal, the water will reach the entire body easily.[8]

The following dua will be recited when closing the mouth and eyes of a male deceased:

O Allah, forgive (so and so) and raise his rank among the rightly guided, and You be his guardian in seeing to the affairs of those he has left behind (his family). Forgive our sins and forgive the sins of the deceased O Rabb of the worlds. O Allah, expand his grave and illuminate it for him (through your mercy). (Saheeh Muslim #920)

The following dua will be recited when closing the mouth and eyes of a female deceased:

The following duas may also be recited at the time of closing the eyes of the mayyit:

I begin in the name of Allah Ta’ala and upon the Deen of Rasulullah (sallallahu alaihi wasallam). O Allah! Grant him ease in his current condition and make the stages that follow easy for him. Favour him and bless him with the honour of meeting You, and make the abode of the Aakhirah better than the world.

• It is makrooh to recite the Quraan Majeed near or around the deceased before he is given ghusal.[11] However, engaging in zikr is permissible.[12]

Next in category Ghusal of the deceased 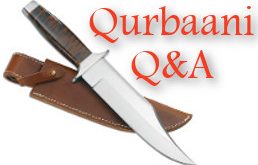 The Grave of the Deceased

1. The deceased should not be buried in a house, irrespective of whether he is …