Honesty, trustworthiness, kindness to parents, respect to elders, decency (in manner, speech, dressing, etc.) and a host of other basic values are cherished by one and all. The reality, however, is that such values are gradually becoming rare and extinct. While there could be many factors which cause this lamentable situation coming about, one of the main factors is definitely the erosion of Hayaa (modesty and shame). This is clearly understood from the Hadith: “If you have no shame, do as you wish” (Bukhari #3483).

It is often witnessed that one who lacks shame is prepared to stoop to any level – no matter how low – in order to achieve what he wishes. He will shamelessly lie, shamelessly disrespect elders and seniors, shamelessly abuse his own parents, behave shamelessly, dress shamelessly, etc. In fact, if hayaa (shame and respect) is totally eradicated, one’s Imaan is in grave danger. One will be prepared to even forego his Imaan in order to acquire his goal. The reality of this is clearly evident in the many cases where, after becoming involved in illicit relationships, people have given up their Imaan merely to marry the non-muslim they have fallen in love with. Thus we find shamelessness, which led to the illicit relationship taking place, eventually resulted in the loss of Imaan!!! Rasulullah (sallallahu alaihi wasallam) has declared in his Mubaarak Hadith: “Imaan and hayaa are companions. When one leaves, the other follows.” (Bayhaqi #7331)

In this era of fitna, almost everything is calculated and designed to destroy hayaa. From the media to dressing styles, from chocolate wrappers to billboards, everything is vigorously promoting shamelessness and obscenity. The only security and protection a believer possesses by which he will be able to save his Imaan and respect is to increase the levels of hayaa in his life. Rasulullah (sallallahu alaihi wasallam) said: “Hayaa is an integral part of Imaan.” (Ibn Maajah #58) 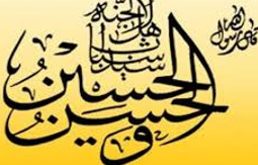