The Sacred Months of the Year In principle, the Qur’aan and Hadeeth do not discuss matters of physics or geography  etc. If there is any aayat or hadeeth in this regard then it is not for the purpose of explaining any aspect of science, instead it is on account of the shar`ee law that is related to it. For example, the year having 12 months etc. is discussed because of the shar`ee laws of Hajj, roza, zakaat etc. that are linked to it. Amongst these twelve months are four that are sacred in the sight of Allah Ta`ala. They are Zul Qa`dah, Zul Hijjah, Muharram and Rajab.

In the past, it was impermissible to wage in war during these months. Hence, the mushrikeen would refrain from commencing any war during this time. However, if a war was still ongoing and these months began they would alternate the months and move the month to another part of the year so that the war could be finished. If we compare ourselves to the mushrikeen of that era then there is no difference between them and us. We do the very same when it comes to matters of halaal and haraam. Where it goes against our desires, we are ready to change and adjust Deen. (Mufti Ebrahim Salejee) 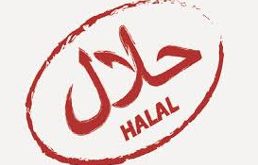