The Need for Understanding Deeni Issues in their Correct Perspective

The Imaam told him; the first science is that of Ilmut-Taqaddum Wat-Ta’akkur i.e. the knowledge which enables one to correctly reconcile between apparently contradictory Ahaadith relating to injunctions of Shari’ah. This process entails examining the historic background of each Hadith as well as the period it was reported in. Thus one will understand that the former injunctions were abrogated through the latter.

The second science relates to Ilmut-Tashreeh i.e. presenting the correct explanation and purport of the Ahaadith through referring to the works of the leading scholars and experts in the field of Hadith.

The third science is the science which enables one to contextualize the Hadith in the context Rasulullah (Sallallahu Alayhi Wasallam) mentioned it.

The fourth aspect is understanding which category of people the Hadith relates to.

Imam Abu Hanifa (Rahmatullahi Alayh) further explained to the man that without studying these four foundational sciences, one will not succeed in fully understanding the true purport of the Ahaadith, and knowledge acquired in such a manner will be a source of calamity for its bearer if he attempts to practice upon it. 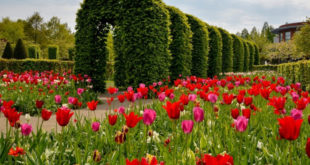 Hazrat Mufti Ebrahim Salejee (Daamat Barakaatuhu) mentioned: The mentality that we have is ‘just do …