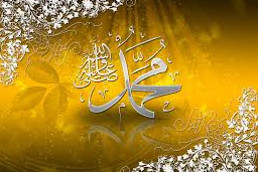 Chapter on the Hayaa of Hazrat Rasulullah (sallallahu ‘alaihi wasallam)

In this chapter of Shamaail Tirmizi, some of the mubaarak habits and sublime qualities of Hazrat Rasulullah (sallallahu ‘alaihi wasallam) are also discussed, as was discussed in the previous chapter. Hence, these Ahaadith could have been included in the previous chapter, but on account of the extreme importance and great significance which is shown to the topic of hayaa, Imaam Tirmizi has dedicated a separate chapter to these Ahaadith.

Hayaa is generally translated as modesty or shame. However, it is not confined to these two qualities, but refers to an inner quality that motivates one to fulfil the rights he owes to the Creator and the creation at all times. This quality at times displays itself in the form of saving oneself from sin, showing good character in words or actions, expressing endurance in the face of trying situations, or dealing with the creation with nobility and respect despite them conducting ignorantly towards you.

It is reported in the hadith that once Rasulullah (sallallahu ‘alaihi wasallam) had seen a person advising someone to adopt moderation in hayaa, and not adopt a high level of hayaa. The person perhaps felt that adopting a high level of hayaa in society could cause one to incur some loss. Rasulullah (sallallahu ‘alaihi wasallam) immediately corrected the person and stopped him from advising the next person in such a manner saying, “Hayaa in its entirety is beneficial and good.”

The Importance of Hayaa in Deen

Hayaa (modesty, respect and shame) plays a vital role in one’s deeni and worldly life, especially when dealing with the Creator and the creation. In one Hadith, Hazrat Rasulullah (sallallahu ‘alaihi wasallam) has said, “Imaan has more than seventy branches (according to some narrations, seventy seven branches), of which the most important branch is the recitation of ‘Laa ilaaha illallaah’, and the least is to remove some obstacle (stone, wood, thorn, etc.) from the path; and hayaa also is a special requisite of Imaan.”

“Modesty has been specially mentioned (i.e. in the above Hadith) because it serves as a safeguard against many sins such as adultery, theft, vulgar speech, nakedness, abusive language, etc. Similarly, the fear of bad reputation urges one to carry out virtuous actions. In fact, fear of getting a bad name in this life as well as the next motivates a man towards all good deeds, including salaah, haj, zakaah, etc. and to remain obedient to Allah Ta‘ala in all aspects.

“Thus, there is the well-known proverb, “Be shameless and do whatever you like.” There is also one hadith to this effect, “When you lose your hayaa (modesty, respect and shame), then do as you please.” The fact is that we abstain from sins for fear of disgrace and shame. A sense of modesty and shame makes one think, “If I do not offer salaah, I will face disgrace in the Hereafter,” but if one has lost all sense of shame, he will say, “What does it matter if others call me low?” (Fazaa’il-e-A’maal pg. 160)

Ahaadith in regard to the Importance of Hayaa

Rasulullah (sallallahu alaihi wasallam) has declared in his Mubaarak Hadith, “Imaan and hayaa are companions. When one leaves, the other follows.” (Bayhaqi #7331)

One such example reported in the Hadith of Hazrat ‘Abdullah bin ‘Umar (radhiyallahu ‘anhuma) is that Hazrat Rasulullah (sallallahu ‘alaihi wasallam), on account of his exceeding hayaa (modesty and respect), never looked continuously at anyone in the eye when addressing him. Imaam Tirmizi (rahimahullah) has also mentioned two such Ahaadith in this chapter (of hayaa) by way of illustration.

The ‘Ulamaa have written that there are various types of hayaa.

The first type of hayaa is referred to as hayaa in displaying nobility and showing kindness to the creation despite one undergoing inconvenience.

Nevertheless, on account of his great level of hayaa (his magnanimous nature in displaying nobility and showing kindness to the creation), Hazrat Rasulullah (sallallahu ‘alaihi wasallam) did not ask them to leave. However, on this occasion, Allah Ta‘ala revealed verses of the Qur’aan Majeed, teaching the ummah the etiquettes which they need to adopt when dealing with Hazrat Rasulullah (sallallahu ‘alaihi wasallam), in order that they do not cause him inconvenience. These verses are mentioned in the last portion of Surah Ahzaab.

The second type of hayaa is where the lover is overcome by a great sense of modesty, love and respect before the beloved, to the extent that even speaking in his presence becomes difficult. Many examples of this can be seen in the books of Hadith where the Sahaabah (radhiyallahu ‘anhum) conducted with the highest levels of hayaa and respect before the Master (sallallahu ‘alaihi wasallam).

The third type of hayaa is where the servant expresses a level of modesty in his Ibaadah and acts of worship. At the time where the servant presents himself before the Creator in worship, he feels a deep sense of inability in him being able to fulfil the rights he owes to his Creator in his Ibaadah. This feeling thereafter increases to the extent where at no point does the servant feel that he has fulfilled the rights of Ibaadah which he owes to Allah Ta‘ala. He is then overcome by hayaa (a deep feeling of shame within himself).

In the Qur’aan Majeed, the example of the Sahaabah (radhiyallahu ‘anhum) has been explained, where despite them worshipping Allah Ta‘ala throughout the night, they would not regard their Ibaadah to be worthy of being presented before Allah Ta‘ala and thus they would seek forgiveness at the time of Tahajjud.

The fourth type of hayaa is where one experiences modesty within one’s soul. An example of this type is where one commences some action with zeal and enthusiasm, but thereafter perceives the deficiency in the action he has carried out. This causes one to feel ashamed of oneself and he begins to feel to himself, “I am unable to complete such a small action without deficiency.” This type of hayaa is considered to be the highest form of hayaa, on account of one regarding himself as unworthy and his actions as incomplete at all times. The one who has this level of hayaa and thinks nothing of himself and his actions will surely express a greater level of hayaa when dealing with others. (Some of this explanation regarding the different types of hayaa has been extracted from Khasaa’il-e-Nabawi of Hazrat Sheikh Moulana Muhammed Zakariyya (rahimahullah)).