The Importance of Fulfilling People’s Rights

The issue of huqooqul ibaad (the rights of the servants of Allah Ta‘ala) is an extremely serious matter. One will not be forgiven by merely repenting to Allah Ta‘ala (i.e. until and unless one does not make amends by discharging the outstanding rights one owes to the servants of Allah Ta‘ala or seeking their forgiveness, one will not be forgiven). Just as you are the servant of Allah Ta‘ala, so is the person whose rights you have trampled. On the Day of Qiyaamah, in exchange of two rupees taken unjustly, seven hundred accepted salaahs of the person who had usurped the rights will be taken and given to the person whose rights were usurped. If the one who unjustly took the rights of another does not have sufficient accepted salaahs in his account, the sins of the one whose rights were usurped will be loaded onto the usurper in proportion to the injustice he had committed. (Malfoozaate Hazrat Shaikh 2/162) 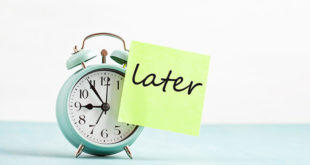