All verbal praises, all monetary devotions, all physical praises, and the entire kingdom belongs to Allah Ta’ala. May the special peace of Allah Ta’ala descend upon you, O Nabi (Sallallahu Alaihi Wasallam), and Allah’s choicest mercies and blessings.

We travelled hastily the entire day and night until the afternoon heat became intense. I then found the road to be empty and no one was walking on it, I looked ahead to see whether I could find any shade so that we could take shelter in it. I then spotted a cave in which we could take refuge and seek shelter from the heat. I then said, “O Rasulullah (sallallahu ‘alaihi wasallam), remain outside the cave and allow me to enter so that if there is any harmful creature in the cave, it will harm me and not you.”

After entering the cave, I began cleaning it and spread out a cloth upon which Rasulullah (sallallahu ‘alaihi wasallam) could lie down. I then requested him to enter and take a rest and he acceded to my request.

Once Rasulullah (sallallahu ‘alaihi wasallam) lay down to rest, I went to see whether I could spot anyone who was searching for us. I then spotted a slave shepherd who was herding goats nearby and asked him who his owner was. He named a man from Makkah whom I knew. (As it was a prevalent custom at that time that people would allow travellers and wayfarers to benefit from the milk from their flock, Hazrat Abu Bakr Siddeeq (radhiyallahu ‘anhu) requested for some milk and the following dialogue ensued):

Hazrat Abu Bakr Siddeeq (radhiyallahu ‘anhu): “Do any of the goats have milk?”

Hazrat Abu Bakr Siddeeq (radhiyallahu ‘anhu): “Will you milk some for me?” 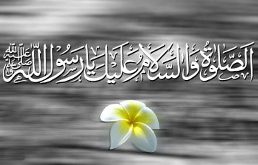