Adherence to The Sunnah – Part 4 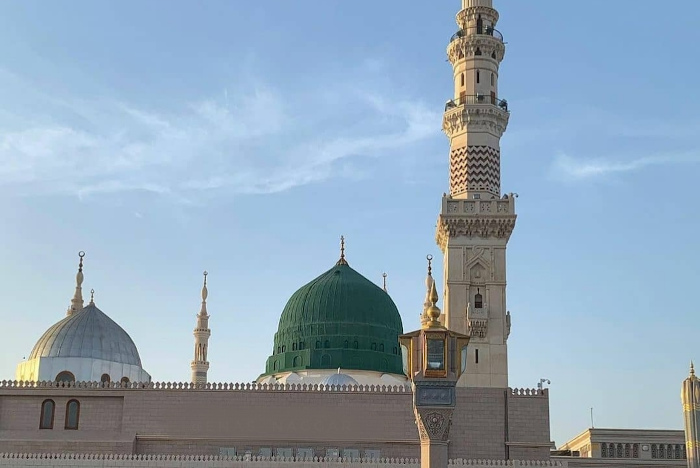 As far as the common man is concerned, then since he does not have knowledge of the Qur’aan and Hadith, he relies entirely on the Aalim and takes whatever he says to be correct. Thus, if the Aalim errs, then it is likely that he will take an entire nation with him onto the path of wrong.

Hazrat Mu’aaz bin Jabal (radhiyallahu ‘anhu) once mentioned the following advice to certain people who were present with him:

“Beware of such people who bring about innovations in Deen. Innovations in Deen are clear misguidance. I further warn you against the error of a wise man (learned Aalim). For indeed, Shaitaan at times causes a wise person (learned Aalim) to utter a word of misguidance and a hypocrite can utter a word of truth.” (The person present asked Hazrat Mu’aaz (radhiyallahu ‘anhu), “How will I be able to distinguish between the misguidance uttered by a wise person (learned Aalim) and the truth spoken by a hypocrite?”Hazrat Mu’aaz (radhiyallahu ‘anhu) replied, “Yes undoubtedly, refrain from following such statements of the wise person (learned Aalim) which are such that when they are circulated among people, they are criticized (among the learned scholars). However, this should not divert you from him (the learned Aalim) for it is possible that he will retract from his wrong statement. Furthermore, accept the truth whenever you hear it for indeed the truth is accompanied with noor (Divine light).” (Abu Dawood 2/632)

In today’s times, we find that many people, in the aim of proving something as permissible, quote the names of certain Ulama. Little do they understand that the basis of permissibility and impermissibility in Shariah is the Quraan and Sunnah – not the statement or action of any individual. Hence, from the above advice of Hazrat Muaaz (radhiyallahu ‘anhu), we understand that it is possible for an Aalim to err and slip, and the way to determine whether the Aalim has slipped is that other pious Ulama will object to his ruling and refer the masses to the clear Sunnah of Rasulullah (sallallahu ‘alaihi wasallam).

Rasulullah (sallallahu ‘alaihi wasallam) had prophesized the coming of such crucial times where people will be faced with various trials and tribulations in regard to their Deen. Innovations and new trends which oppose the Sunnah will begin to be adopted in Deen. The golden advice which Rasulullah (sallallahu ‘alaihi wasallam) gave the ummah to guide them in such crucial times is that they should hold onto that which they recognize as clear guidance and leave all those things which are unclear and doubtful. (Sunan Abi Dawood #4343)

Below is an interesting debate between Hazrat Abdullah bin Mubaarak (rahimahullah) and a person who wished to prove the permissibility of certain intoxicants based on the argument that certain personalities regarded them to be permissible. Hazrat Abdullah bin Mubaarak (rahimahullah) proved that in Deen, we will not go with the isolated opinion of certain individuals, even though they may be great, when their view opposes the mainstream view of the ummah, which conforms to the Quraan and Sunnah.

They then began to quote narrations of various Sahaabah (radhiyallahu ‘anhum), indicating towards nabeez being permissible. However, every Sahaabi who they quoted to prove permissibility was such that I was able to prove impermissibility from that same Sahaabi.

Eventually, the only Sahaabi who remained was Hazrat Abdullah bin Mas’ood (radhiyallahu ‘anhu), and their narration from him was not authentic and established. (Hence, they had no valid grounds to prove their view).

At that point, I said to the person who was attempting to prove the permissibility, “O foolish one! You think for yourself that even if Hazrat Abdullah bin Mas’ood (radhiyallahu ‘anhu) was here himself, and he told you that it is halaal, yet I proved to you, from so many other Sahaabah (radhiyallahu ‘anhum), that it is impermissible, then what should you do? At that time, you should refrain as you are in doubt and confusion and you are fearful of falling into sin.”

Hearing this, one of the people objected saying, “O Abu Abdir Rahmaan! Are you trying to say that Imaam Nakha’ee (rahimahullah), Imaam Sha’bee (rahimahullah) and other illustrious Ulamaa, who were of the view that nabeez is permissible, were all drinking haraam?”

I replied saying, “At the time of proving a mas’alah, do not take the names of people as proof. The reason is that there were many people who possessed great virtues in Islam, but despite their virtues, it is possible for them to have erred and made a mistake. Hence, how can one hold onto them as a proof?”

I then asked, “What do you say regarding the exchange of one dirham for two dirhams, when both exchanges are given in the same gathering? Is it permissible?” They replied, “No, it is haraam.” I then said, “As for these Ulama, then they regarded it to be halaal. Will you now say that they passed away consuming haraam?” Hearing this, the people were perplexed and fell into silence, as they had no answer.

Commenting on this incident, ‘Allaamah Shaatbi (rahimahullah) mentions, “In this discussion, the truth was with Hazrat Abdullah bin Mubaarak (rahimahullah) and he was correct.”(Ma’aalim Irshaadiyyah pg. 356-357)

May Allah Ta‘ala guide the ummah to remain firm on the Quraan and Sunnah and practice on Deen in the manner the Sahaabah (radhiyallahu ‘anhum) practiced upon Deen.