The Orchards of Love – Part Thirty-one 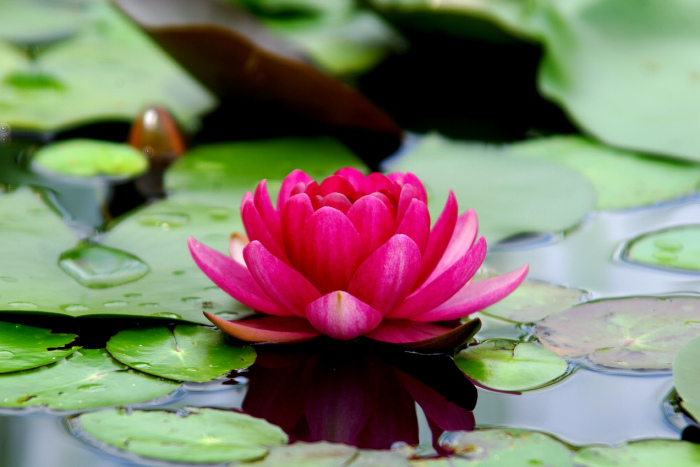 Sheikh Abdul Qaadir Jeelani (rahimahullah) was a great Aalim and Wali of Allah Ta‘ala who lived in the sixth century of Islam. Allah Ta‘ala had blessed him with such great acceptance that many people reformed their lives at his hands. One salient quality that stood out in his life was the quality of truthfulness and honesty. Below is an incident that reflects this beautiful quality in his life which attracted the hearts of even the greatest sinners of his time:

When Sheikh Abdul Qaadir Jeelaani (rahimahullah) decided to tread the path of knowledge, he sought permission from his mother to travel to Baghdad where he would study under the leading Ulama of the time. His mother permitted him to leave and gave him forty dinars which she sewed into his kurta, beneath his armpit. At the time when she bid him farewell, she advised him to ensure that he always spoke the truth and never spoke lies. Sheikh Abdul Qaadir Jeelani (rahimahullah) took his mother’s advice to heart and promised her that he would always be truthful and would always conduct with honesty.

Sheikh Abdul Qaadir (rahimahullah) thereafter joined a caravan of people traveling to Baghdad. During the journey, the caravan was waylaid by sixty robbers who looted the caravan, taking whatever wealth they found. Abdul Qaadir Jeelani (rahimahullah) mentions, “While looting the caravan, one of the robbers came to me, and thinking that I did not have any money, he asked me, ‘O pauper! How much of money do you have with you?’ I remembered the advice of my mother and replied, ‘Forty dinars.’ He then asked me, ‘Where is the money?’ I replied, ‘It is sewn into my kurta beneath my armpit.’ The robber was not convinced and thought that I was joking and therefore left me.

“After a few moments, another robber came to me and asked me the same question, to which I gave the same answer. This robber also thought that I was joking and thus left me. Later on, both robbers went to their leader and informed him of what had transpired and mentioned to him that upon enquiring, I told them that I have forty dinars with me, concealed in my kurta. The leader said to them, ‘Bring him to me.’

“When they brought me to their leader, he asked me, ‘O young lad! How much of wealth do you have with you?’ I replied, ‘I have forty dinars.’ He then asked me, ‘Where is the wealth?’ I replied, ‘It is sewn into my kurta under my armpit.’ He was quite surprised and asked me, ‘What made you speak the truth and confess that you possess this wealth? (In other words, had you not informed us of it, we would have never known of it.)’ I replied, ‘My mother advised me to always be truthful, and I promised her that I will always speak the truth and will never lie. Hence, I did not want to break the promise which I made to my mother by speaking lies when you asked me regarding the wealth.’

“Hearing this answer, the leader was extremely affected and began to weep. He exclaimed, ‘You refuse to break the promise which you made to your mother, whereas I have been breaking my promise to Allah Ta‘ala for so many years by waylaying caravans and committing sins!’”

Sheikh Abdul Qaadir Jeelani (rahimahullah) explains, “The leader then repented at my hands and pledged to never return to the sin of robbery and theft. When the other robbers witnessed his repentance, they addressed their leader saying, ‘We made you our leader in crime and robbery and followed you. Now we will make you our leader in repentance and taubah and follow you in this as well.’ They thus repented and returned all the stolen wealth to the caravan.”

In this way, through firmly holding onto the quality of truthfulness and honesty, Sheikh Abdul Qaadir (rahimahullah) became the means for all sixty robbers to repent and change their lives. (Bahjatul Asraar pg. 186 and Qalaa-idul Jawaahir pg. 9)

It should be borne in mind that truthfulness and honesty is not confined to speech. Rather, it applies to every dimension of one’s deeni and worldly life. When one is truthful, then he will fulfill every obligation and responsibility, whether it relates to his deeni or worldly life. In fact, truthfulness even surpasses the limits of merely fulfilling obligations and includes making an effort to show a higher degree of love and compassion to the creation, in the manner Rasulullah (sallallahu ‘alaihi wasallam) had taught the ummah to conduct.

In essence, a true servant of Allah Ta‘ala is one who is loyal to Allah Ta‘ala at all times. He is constantly concerned about pleasing Allah Ta‘ala and taking care of His creation to the best of his ability, thereby exhibiting his loyalty to His Creator. The greatest of the Siddeeqeen was Hazrat Abu Bakr Siddeeq (radhiyallahu ‘anhu), whom Allah Ta‘ala had made the best example for the ummah to follow after the Ambiyaa (‘alaihimus salaam). His every word and action radiated this sublime quality to the highest level.

In the upbringing of a child, it is extremely important for the parents to instill in the child the quality of being truthful at all times and being honest in his dealings. When this quality is deeply entrenched in the heart of the child, then throughout his life, no matter what situation he will be faced with, he will ensure that he fulfills the rights of Allah Ta‘ala as well as the rights which he owes to the creation. Furthermore, when this quality is enhanced in his life, then at every moment, he will be conscious about leading a pure life, internally and externally, and will be concerned about standing before Allah Ta‘ala and being held accountable for his actions on the Day of Qiyaamah. Therefore, every word that he will utter and every action that he will carry out will be in total harmony and conformity with the high levels of sidq (truthfulness). Hence, wherever he goes, he will be a beacon of light and a source of mercy for the entire creation.