The days of Hajj are with us. Those who undertake this momentous journey will be constantly reminded of Hazrat Ebrahim (‘alaihis salaam), his wife, Hazrat Haajar (‘alaihas salaam), and his son, Hazrat Ismail (‘alaihis salaam). The Ka’bah Shareef that the haaji will perform tawaaf of was built by this illustrious father and son. The sa’ee of seven rounds between Mount Safa and Marwa is the reminder of the anxious running at that very place by Hazrat Haajar (‘alaihas salaam) in search of water for her infant son. The precious water of zam-zam makes one ponder over the thirst of Hazrat Ismail (‘alaihis salaam) and the extreme concern of his mother – until finally the miracle of the water of zam-zam was granted to them.

Then came the ultimate trial of love – the trial of Hazrat Ebrahim (‘alaihis salaam) choosing between his love for Allah Ta’ala and fulfilling His command or his love for his son and breaking the command of Allah Ta‘ala. Hazrat Ebrahim (‘alaihis salaam) gave preference to the love of Allah Ta‘ala and wholeheartedly submitted before His divine command. This great trial eventually culminated in the obligation of Qurbaani coming about.

Rasulullah (sallallahu ‘alaihi wasallam) was divinely commanded by Allah Ta‘ala to follow the millat (way) of Hazrat Ebrahim (‘alaihis salaam) and emulate him in the rituals of Hajj and Qurbaani.

It is reported in the Hadith that Rasulullah (sallallahu ‘alaihi wasallam) once mentioned to a Sahaabi who intended to come close to him on the plains of Arafah, “Remain where you are, for you are on the legacy of Hazrat Ebrahim (‘alaihis salaam).” (Tirmizi #883)

In regard to the obligation of Qurbaani, the Sahaabah (radhiyallahu ‘anhum) once inquired from Rasulullah (sallallahu ‘alaihi wasallam) as to what was the significance of sacrificing an animal on the occasion of Qurbaani. Rasulullah (sallallahu ‘alaihi wasallam) replied, “It is the sunnah of your father, Hazrat Ebrahim (‘alaihis salaam)”.  (Ibnu Maajah #3127)

Embrace the Spirit of Sacrifice

If we, the ummah of Rasulullah (sallallahu ‘alaihi wasallam), wish to acquire the true legacy of Hazrat Ebrahim (‘alaihis salaam) and his illustrious family, then it is not in us sufficing on merely fulfilling the rituals of Hajj. Rather, together with that, we will also need to wholeheartedly embrace the spirit of sacrifice which they displayed, as this was the catalyst which made them gain acceptance in the court of Allah Ta‘ala.

There is great wisdom and immense benefit in every injunction of Shari’ah. Some of the benefits are known to us, while others are unknown to us. Similarly, some benefits are comprehendible to the human mind, while others are beyond the scope of human intelligence. However, the mere fact that it is the injunction and command of Allah Ta‘ala is sufficient for the servant to obey and carry it out. Nevertheless, when one understands the benefit and wisdom of a thing, it motivates him further and creates within him the true spirit of love to fulfill the order of the Beloved.

Hajj exposes the true love the servant has for his Creator. During the entire Hajj, the haaji carries out every ritual of Hajj in a manner that expresses his love for his Beloved Allah Ta‘ala.

The journey of Hajj is an exposition of death. Death is the bridge that joins the lover with the Beloved. The true lover, at every moment in his life, is preparing for the ultimate journey – the journey to the Hereafter where he will meet his Beloved. He is prepared to leave his family, friends and wealth behind as the love of the Beloved has enveloped his heart. Similarly, we find that the haaji leaves all that he loves and proceeds to acquire the love of Allah Ta‘ala.

Throughout the journey, he is faced with various difficulties and hardships in the form of waiting in queues, boarding planes, and staying in conditions that are not to his taste. Yet, he patiently bears all these difficulties in the spirit of love for the sake of his Beloved, until he finally reaches the Ka’bah Shareef, the home of the Beloved.

The clothing he presents himself with is also one of total humility. From the king to the subject, the rich to the poor, and the young to the old, all stand on the same plain, whether the plain of Arafah, Muzdalifah, or Mina, and throughout the Hajj, they are covered with the same clothing of humility out of love for the Beloved.

During the entire Hajj, he does not apply any fragrance to his body, despite his nafs desiring it, and at the time when he completes the rituals, he shaves off his hair in obedience with the command of the Beloved. Despite him being fond of his hair and the hair adding to his beauty, he understands that without fulfilling the orders of the Beloved, he will not be able to become the beloved of Allah Ta‘ala. Hence, he is prepared to sacrifice every desire of his for the sake of the Beloved.

The Essence of Hajj

In essence, the journey of Hajj is a journey of true love. Every ritual is replete with various lessons of love, and at the end, the haaji – who fulfilled the obligation of Hajj in the prescribed manner, without committing any excesses and sins – is crowned with the crown of acceptance. Hence, he returns home after performing Hajj free of all sins, like the day his mother gave birth to him. While these benefits are reaped by the haaji himself, the true lesson of Hajj – to sacrifice one’s desires, life and wealth for the sake of the Beloved – applies to each and every believer throughout his life.

The Lofty Status of the Haaji

When the haaji sacrifices everything for Allah Ta‘ala and fulfills the command of Allah Ta‘ala in the manner he is commanded, then Allah Ta‘ala honors him with many favors. Among these favors is that Allah Ta‘ala forgives all his sins, to the extent that he is completely purified from sin.

Hazrat Abu Hurairah (radhiyallahu ‘anhu) reports that Rasulullah (sallallahu ‘alaihi wasallam) said, “Whoever performs Hajj for the sake of pleasing Allah Ta‘ala and therein utters no word of evil, nor commits any evil deed, he shall return from it (free from sins) as the day on which his mother gave birth to him.” (Bukhaari #1521)

Similarly, through the barakah of Hajj and Umrah, Allah Ta‘ala blesses him with barakah in his wealth and sustenance. Hazrat Abdullah bin Mas’ood (radhiyallahu ‘anhu) reports that Rasulullah (sallallahu ‘alaihi wasallam) said, “Perform Hajj and Umrah together because they remove poverty and sins just as a furnace removes impurities from iron, gold and silver.” (Tirmizi #810)

Since he is the guest and visitor of Allah Ta‘ala, Allah Ta‘ala readily accepts the duas he makes for himself and others. Hazrat Abu Hurairah (radhiyallahu ‘anhu) narrates that Rasulullah (sallallahu ‘alaihi wasallam) said, “The Mujaahid and those performing Hajj and Umrah are the delegation of Allah Ta‘ala. If they make dua to Allah Ta‘ala, He answers their dua and if they beg Him for anything, He grants it to them.” (Ibnu Maajah #2893)

Allah Ta‘ala becomes pleased when He sees the hujjaaj in a dishevelled and dusty condition, sacrificing everything to earn His love. Hence, Allah Ta‘ala says:

Look at My servants! They have come to me dishevelled and dusty! (Haakim #1708)

The lofty status of the haaji can perhaps be gauged from the fact that we have been encouraged to seek the dua of the haaji. Hazrat Ibnu Umar (radhiyallahu ‘anhuma) reports that Rasulullah (sallallahu ‘alaihi wasallam) said, “When you meet a haaji (on his way home) then greet him, shake hands with him and ask him to beg the forgiveness of Allah Ta‘ala on your behalf before he enters his home, for his prayer for forgiveness is accepted since he is forgiven by Allah Ta‘ala for his sins.” (Musnad Ahmed #5371)

Earning the Reward of Nafil Hajj Through Righteous Deeds

If a person is unable to embark on the journey of Hajj, then it does not mean that there are no opportunities for him to progress and gain the love of Allah Ta‘ala. Rather, there are certain actions which he can carry out which will also secure him the reward of Hajj. Some of these actions are:

N.B. The condition for receiving the abovementioned virtue is for one to be obedient to his parents and his heart being filled with their love.

Submission before the Command of Allah Ta‘ala

Qurbaani involves taking the life of an animal in the name of Allah Ta‘ala and only for His pleasure. What lesson do we take from this? This should instil within us the spirit of being prepared to sacrifice our own lives for the sake of deen. However, unfortunately, the very next day after Eid-ul-Adha, a great number of those who sacrificed animals do not manage to sacrifice their sleep for the sake of fajr salaah. Many do not manage to sacrifice the ringing tills for the sake of zuhr salaah. Numerous people do not have the courage to sacrifice the dictates of their base desires and give up all sins.  There is a need to revive this spirit of sacrifice within us in every department of our life. At the very least, when placing the knife on the throat of the animal, let us resolve to sacrifice our desires in order to fulfil the command of Allah Ta‘ala and to uplift His deen. If this resolution is made sincerely, it is absolutely possible that it could be the first spark that will set alight an iota of the enthusiasm of sacrifice displayed by Rasulullah (sallallahu ‘alaihi wasallam), Hazrat Ebrahim (‘alaihis salaam) and the Sahaabah (radhiyallahu ‘anhum).

Islam Stands For Submission to The Command of Allah Ta‘ala

We claim to be Muslims. However, we need to understand that the word Muslim is linked to the word Islam. What does Islam mean? Islam means “submission.” Hence, a “Muslim” is one who submits himself, at every moment, before the command of Allah Ta‘ala. We should ask ourselves, “To what extent have we submitted to the clear commands of Allah Ta‘ala and His beloved Rasul (sallallahu ‘alaihi wasallam) in regard to the following?”

It is recorded in the Hadith that the best of actions carried out on the day of Qurbaani is the spilling of blood. However, Rasulullah (sallallahu ‘alaihi wasallam) has explained that the action that will earn one even greater reward is the joining of family ties that have been severed. Hence, together with carrying out the obligation of Qurbaani, we should ensure that we maintain family ties. Hazrat Abdullah bin Abbaas (radhiyallahu ‘anhuma) reports that Rasulullah (sallallahu ‘alaihi wasallam) said on the day of Eid-ul-Adha, “There is no action more virtuous than the spilling of blood (Qurbaani) on this day, except the joining of family ties (that have been severed). (At-Targheeb wat Tarheeb #1661) 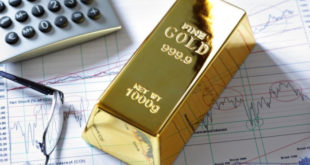 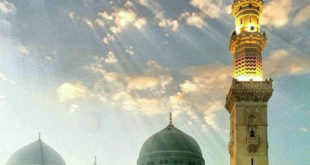